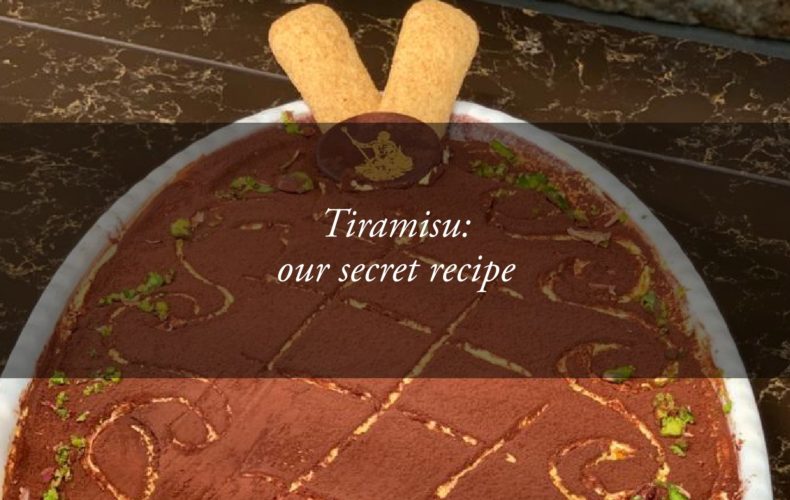 The Tiramisu of the Hotel Tritone

Tiramisu, a modern dessert par excellence, took the form we know today in the Second World War, in the wake of the economic boom which overwhelmed Northern Italy and the Triveneto in particular. Then, thanks to the greater economic availability, taverns and restaurants developed which – while offering a substantially traditional cuisine – began timid experimentation with innovative ideas and cues.
The history of this extraordinary dessert sis the subject of a peaceful dispute between those who believe it to be of Venetian origin, in particular from Treviso, and those who instead pinpoint its invention to Friuli Venezia Giulia. In both cases there are references, albeit vague, to dishes of Mittel-European and Habsburgian origin, where the creamy and soft form of the dessert was more typical, or to an evolution from the then-more-famous Dolce Torino of Emilian origin. Whatever the original principle of Tiramisu, it’s unlikely that we will be able to determine this with any degree of certainty, and it doesn’t really matter all that much. Everyone knows that between the 70s and 80s Tiramisu spread like wildfire through Veneto and then very quickly in Italy, so much so that today it’s the most popular dessert in the peninsula. More slowly, Tiramisu also travelled abroad, where today it is known as the symbol and flagship of Italian cuisine. 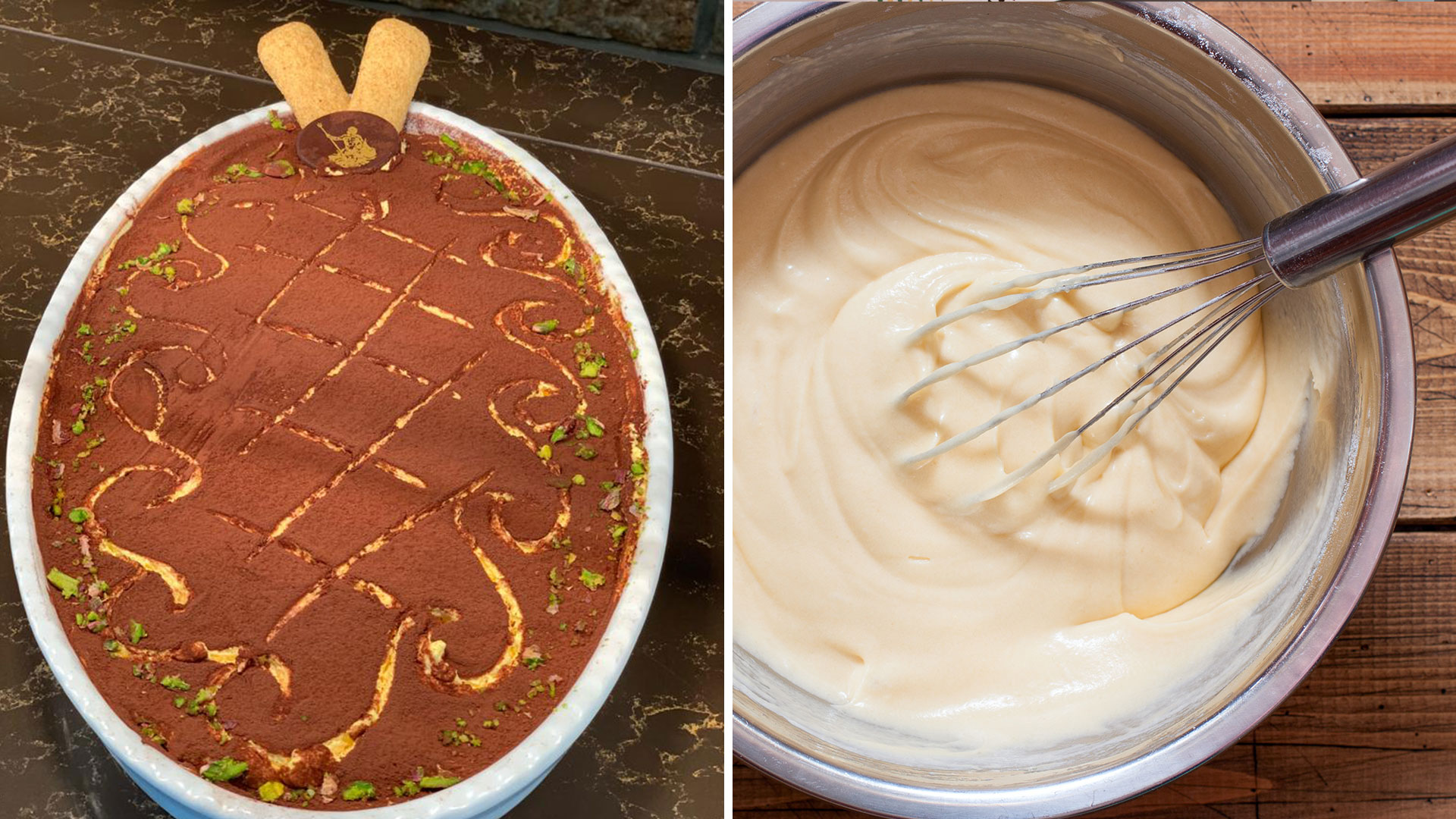 Those who have visited the Hotel Tritone know that this bulwark of our local tradition can never be missing from our wide range of homemade pastries. But perhaps not everyone knows that the recipe which can still be tasted today at the Hotel Tritone is a unique and special variant of Tiramisu, the secret of which has been handed down in the hotel kitchens for more than 50 years. Starting from the personal preparation of Mrs Poli, who offered it to guests for the first time in the 70s, the recipe has remained the same – and secret. Genuine ingredients, a unique preparation and an unmistakable taste which can only be experienced in our hotel rooms.

So we’re not allowed to completely reveal the secret which has been so jealously guarded for over 50 years, but we can certainly suggest a recipe to try and recreate the real Veneto Tiramisu at home.

So here are (just) some of the secrets taken from Signora Poli’s original recipe to make Tiramisu the Hotel Tritone way:

For the sponge cake base:

For the sponge cake base:

As an initial process we need to make the base which, unlike the traditional recipe with ladyfingers, at Hotel Tritone we make with a soft sponge cake with lemon peel. For this, it’s necessary to whip the eggs with the sugar until the mixture is light and fluffy. Then, very delicately, the sifted flour and lemon peel are added.
To cook, bake at 175 degrees for 25 minutes. 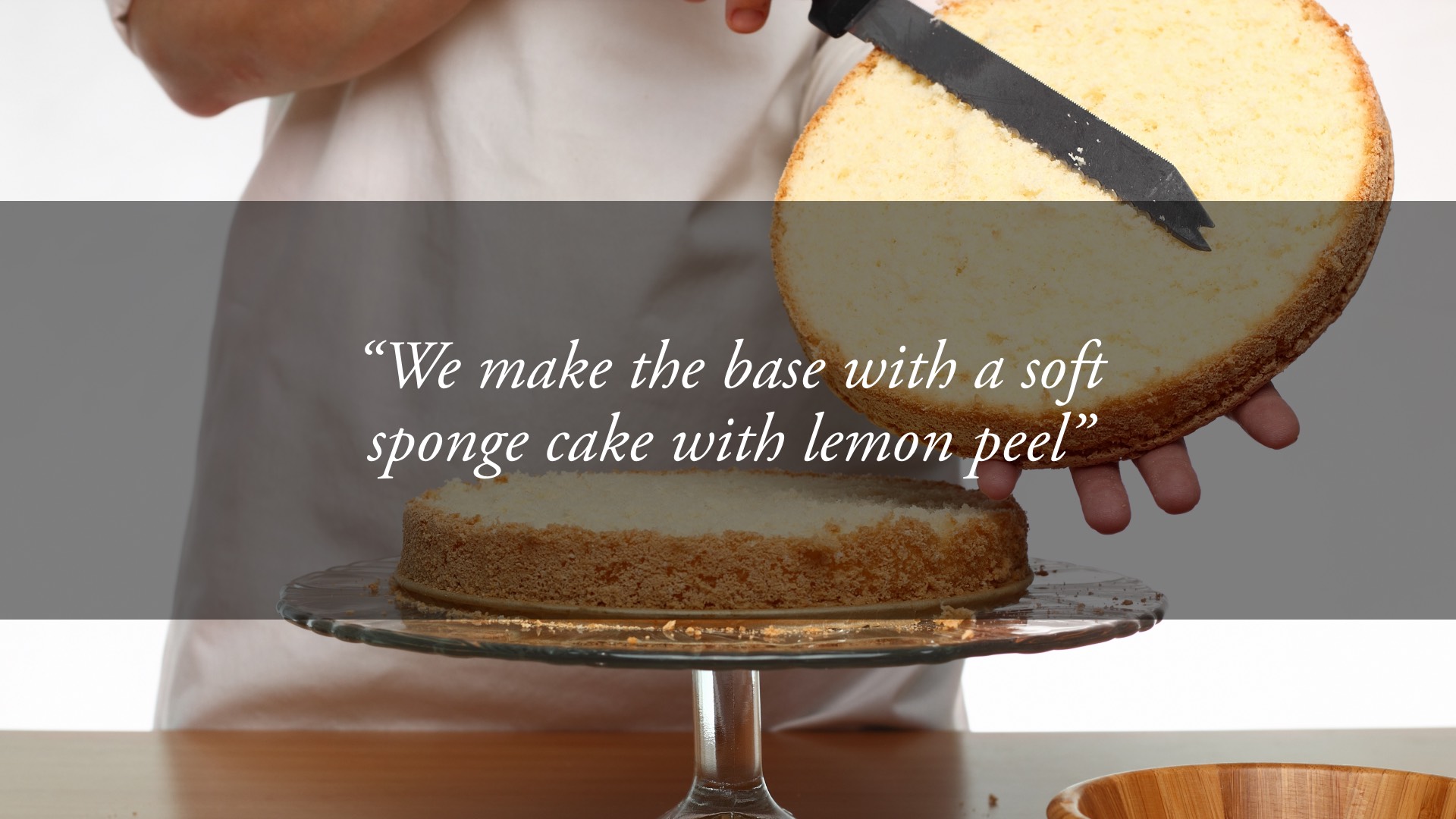 Once the base has cooled, you can move on to preparing the cream, the main ingredient of Tiramisu. For this you need to whip the egg yolks with the sugar and add the mascarpone to the mixture little by little. At this point it’s possible to add the whipped cream to the mascarpone cream, very gently so as not to dismantle the yolks. The cream is ready; now you can create the real dessert.

To make the cake:

When the sponge cake base is ready and cooled, rest it on the pan and soak it in cold coffee. At this point, we move on to spreading a generous layer of cream. Unlike all the other recipes, the Tiramisu of the Hotel Tritone only has one layer, so we need a thick layer of cream.

Before serving, the dessert must rest in the fridge for at least a couple of hours. Before cutting, it’s customary to sprinkle the Tiramisu with bitter cocoa. 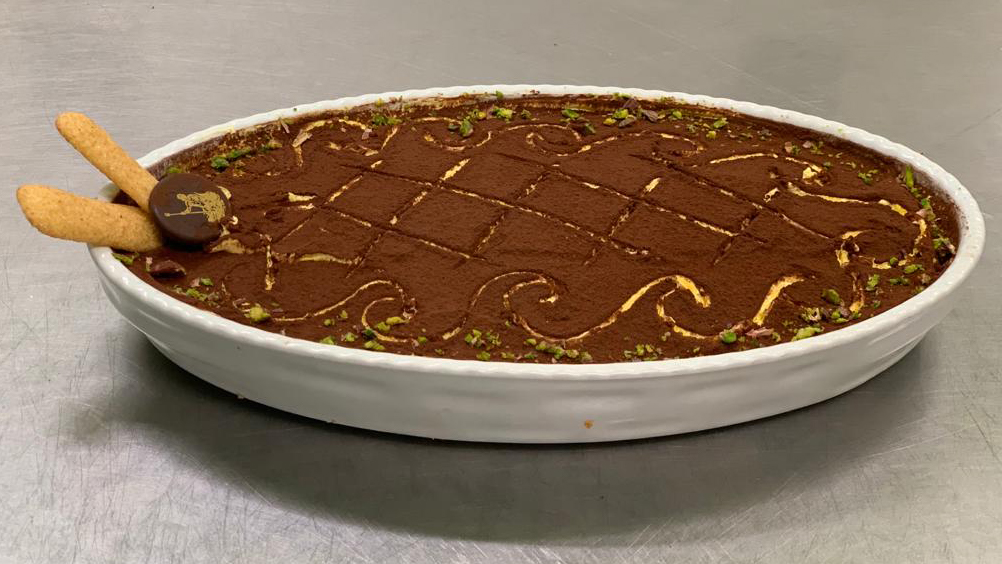 This is how we prepare Hotel Tritone Tiramisu every day for our guests, who always look forward to being able to eat their fill at every meal.