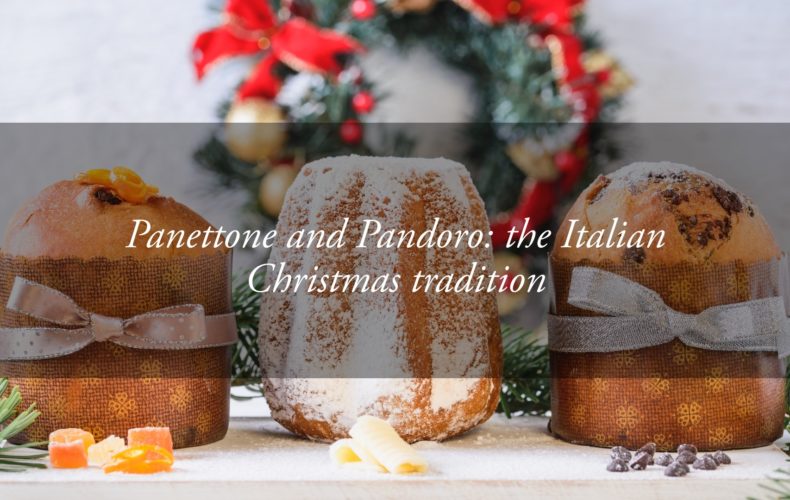 Panettone and Pandoro: the history of the traditional Italian Christmas cakes

It is customary that on Christmas tables, laden with every kind of delicacy, the two kings of the festive bakery meet: the Panettone and the Pandoro. Often the meeting turns into a “clash”, as diners like to discuss which one is truly the Christmas cake par excellence.

Leaving aside (at least here) personal tastes, we would like to tell you about the origins of these sweets in order to clarify the differences and characteristics that distinguish them, and to declare the winner (perhaps) at the end of this discussion.

Their birth, amid history and legends, on the tables of Italian nobles

It is difficult for historians to determine the exact origin of these two sweets. The Pandoro, which seems to have a definite date of birth, still hides its secrets. The day in question is 14 October 1894, the day on which Domenico Melegatti invented and patented the soft Pandoro. However, it is believed that the origin of this cake is to be found further back in time because it looks very much like Nadalin, a cake of which the first traces are recorded in the thirteenth century, designed to impress the lords of the Scaligeri of Verona.

From the Venetian city, our story moves to the Lombard capital to discover the birth of Panettone. Legend has it that the Panettone was invented in the 15th century, in Milan, in the court of Ludovico il Moro, due to a mistake made by the cook, which had to be rectified by the scullery boy Toni. In order to rescue a poorly made dough, a yeast dough was used to which delicious ingredients such as sultanas, candied fruit and sugar were added. It was worked with flour and eggs until it reached a soft consistency, and baked in the oven after a long raising process. The result amazed the Sforza lords who named the cake in honour of Toni: “Pan de Toni“, hence the later Panettone. 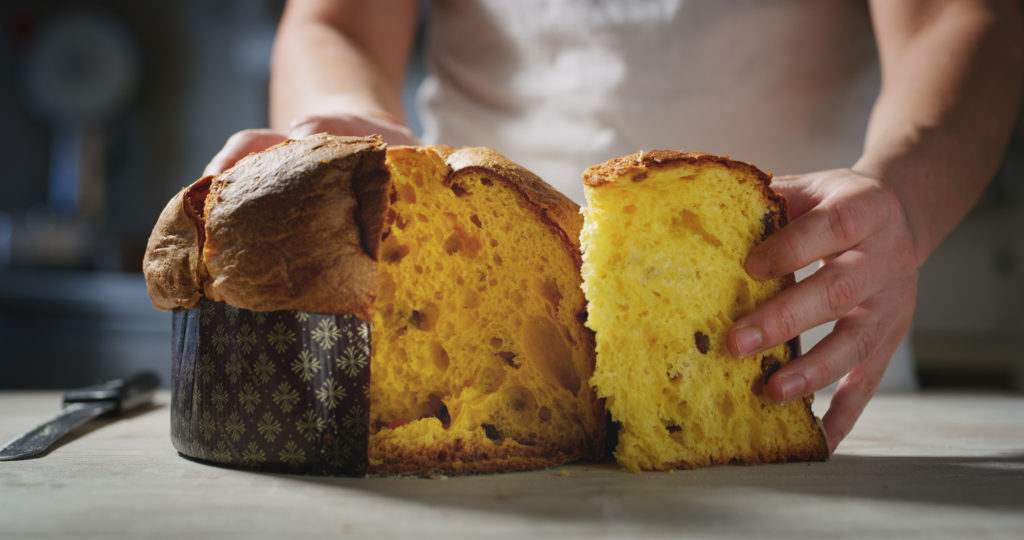 The differences, as rooted in time as the taste of the two sweets

Since their controversial origin, the two sweets have differentiated themselves by their shape.

Panettone has always been round. The famous frame created by the dark brown and gold paper mould was added only in the 1920s, when Angelo Motta definitively established its shape as we know it today. In fact, the Panettone was born shorter than it is today, and acquired its present form from the second half of the nineteenth century, when the Panettone was very successful in the courts of the Savoys in northern Italy.

In contrast, the Pandoro has always stood out for its eight-pointed star shape which in itself makes it inimitable. Like its rival, this cake too was not always so tall, at least until Melegatti patented it. The Nadalin was shorter, because it used to be decorated with a delicious icing that compromised its leavening.

Tradition on the tables of contemporary Italy

Today, the Panettone and Pandoro can be said to have changed with respect to their origins. The classic versions exhibit two great differences: sultanas and candied fruit for one, and the absence of these in favour of a delicious vanilla aroma for the other.

However, revisited versions that add new ingredients to both are becoming increasingly popular. It is not uncommon to find Panettone studded with inviting chocolate chips and Pandoro enriched with gourmet creams. 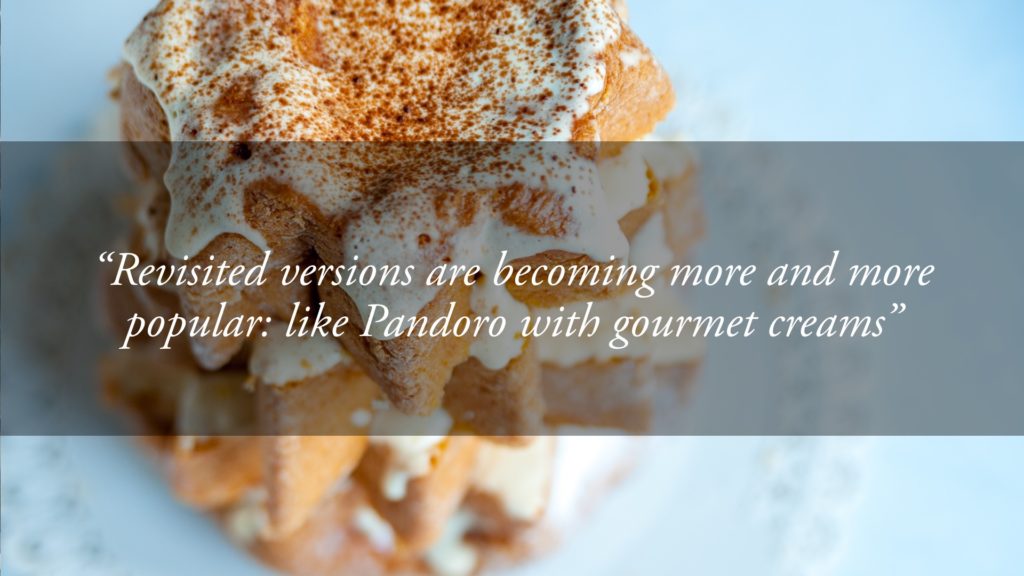 Now that the secrets of the history of these Christmas sweets have been revealed, we can be sure of only one thing: both of them will still have a long life in the coming festivities because on the horizon there are no delicacies as good as Panettone and Pandoro, both in terms of history and deliciousness. Precisely for this reason, it is not possible to declare a winner: both deserve the title of “Christmas cake” par excellence.

To learn more about Christmas sweets and how to spend the festive season at the Hotel Tritone, in full compliance with safety regulations, you can write to us here or call (+39) 049 8668099