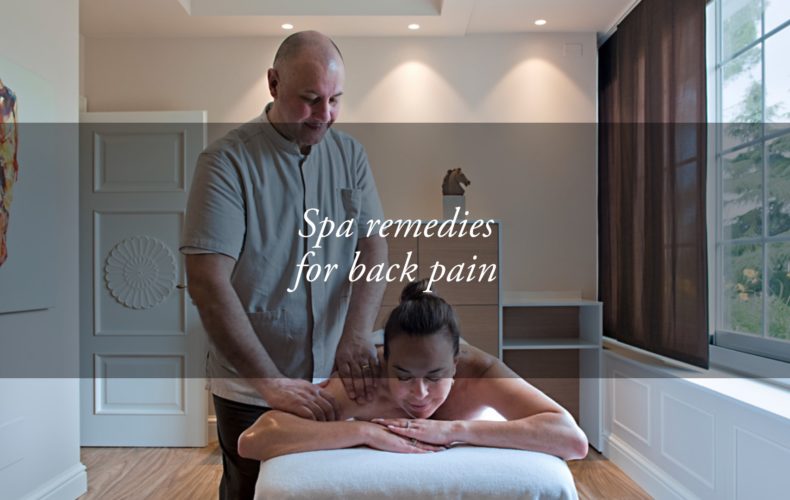 Back Pain and Spa Treatments

What is commonly called “back pain” is a set of painful symptoms of the most varied intensity which can affect different points of the rear part of the torso. The pain is usually localised alongside and along the spine, which is one of the most important osteoarticular structures in our body. The spine is made up of bones – vertebrae – and muscles and ligaments. The vertebrae are separated by cartilage discs which allow movement between the various parts of the structure. Inside the spinal column, in the so-called vertebral hole, passes the spinal cord, which is part of the central nervous system and is made up of a very complex system of nerves. These carry signals from the brain to the rest of the body and vice versa.

The vertebral column, therefore, has functions of support, movement (for example, it allows the head to be moved in space) and protection of the spinal cord. It is an evolutionary structure which is so important that it has given its name to the two great families of the animal kingdom: vertebrates (which include humans) and invertebrates. 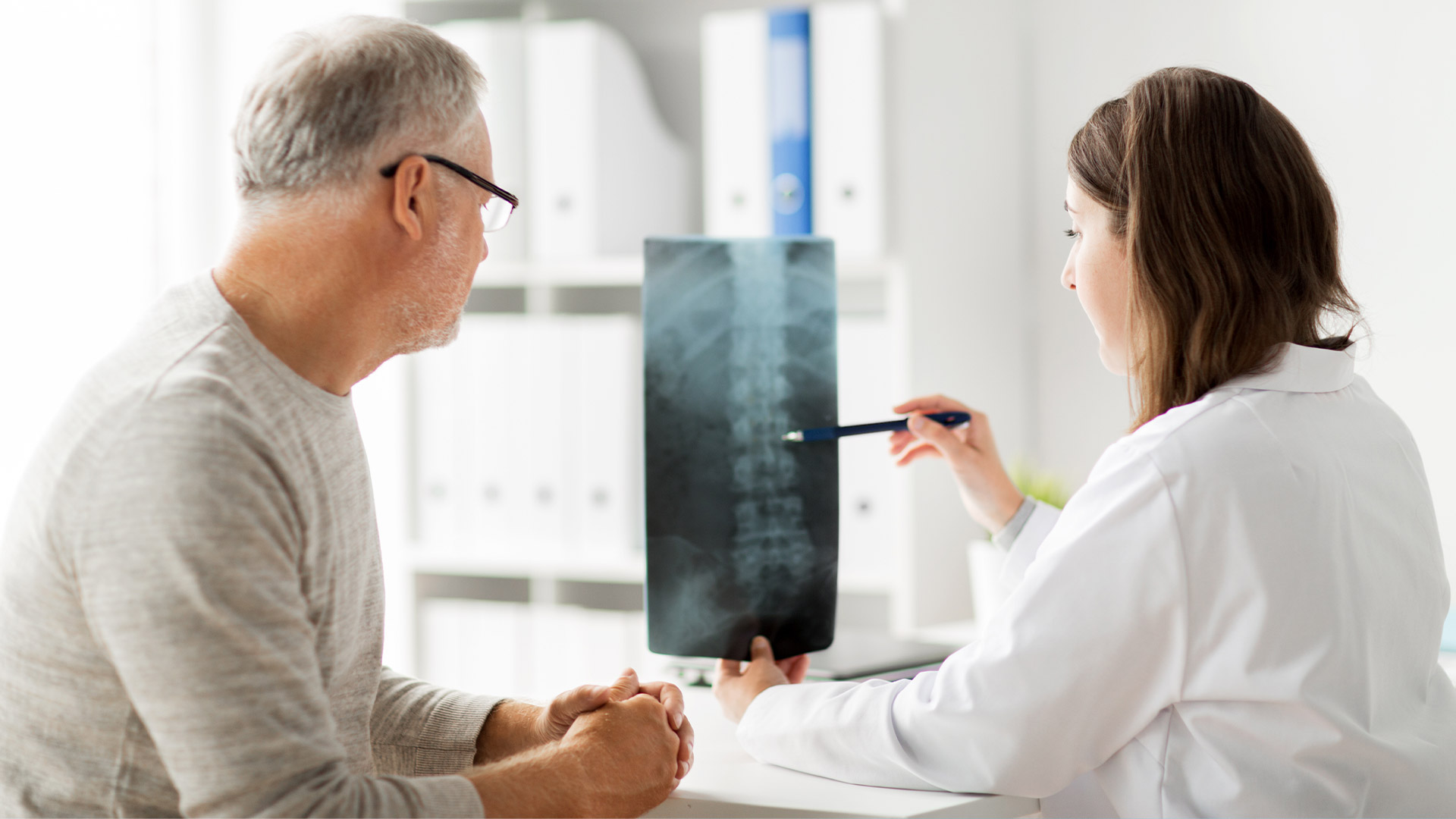 Given the complexity of its functions, the spinal column and all related structures are also very delicate. Excessive effort, an incorrect position, a rapid movement, a psychosomatic event, trauma, strenuous work: the back collects most of the body’s danger signals and transmits them loud and clear to the pain centres. These and many other cases result in the symptoms which are commonly associated with back pain.

Among the most frequent types of back pain we should mention pain in the shoulders or, improperly, in the neck (stiff neck) and the queen of all pain: lower back pain. Lower back pain is a dull, often non-lateralised pain (identical on the right and left side of the body), which occurs in the lower back.

The various types of back pain are distinguished above all by their duration: intense pain which disappears quickly within a few weeks identifies an acute phase, while if the problem persists for a long time (more than 12 weeks) and tends to be recurrent, it is defined as chronic. Among the worst cases of back pain and lower back pain is the infamous back strain, which is apparently sudden, disabling and very intense.

THE CAUSES OF BACK PAIN

As stated above, the spine is an extremely fine and delicate structure. As we age, it can lose its elasticity and performance and be affected by the rigours of time. Beyond the specific episodes which can cause back pain, such as inadequate efforts and movement, the persistence of back pain is more generally to be found in an incorrect lifestyle. 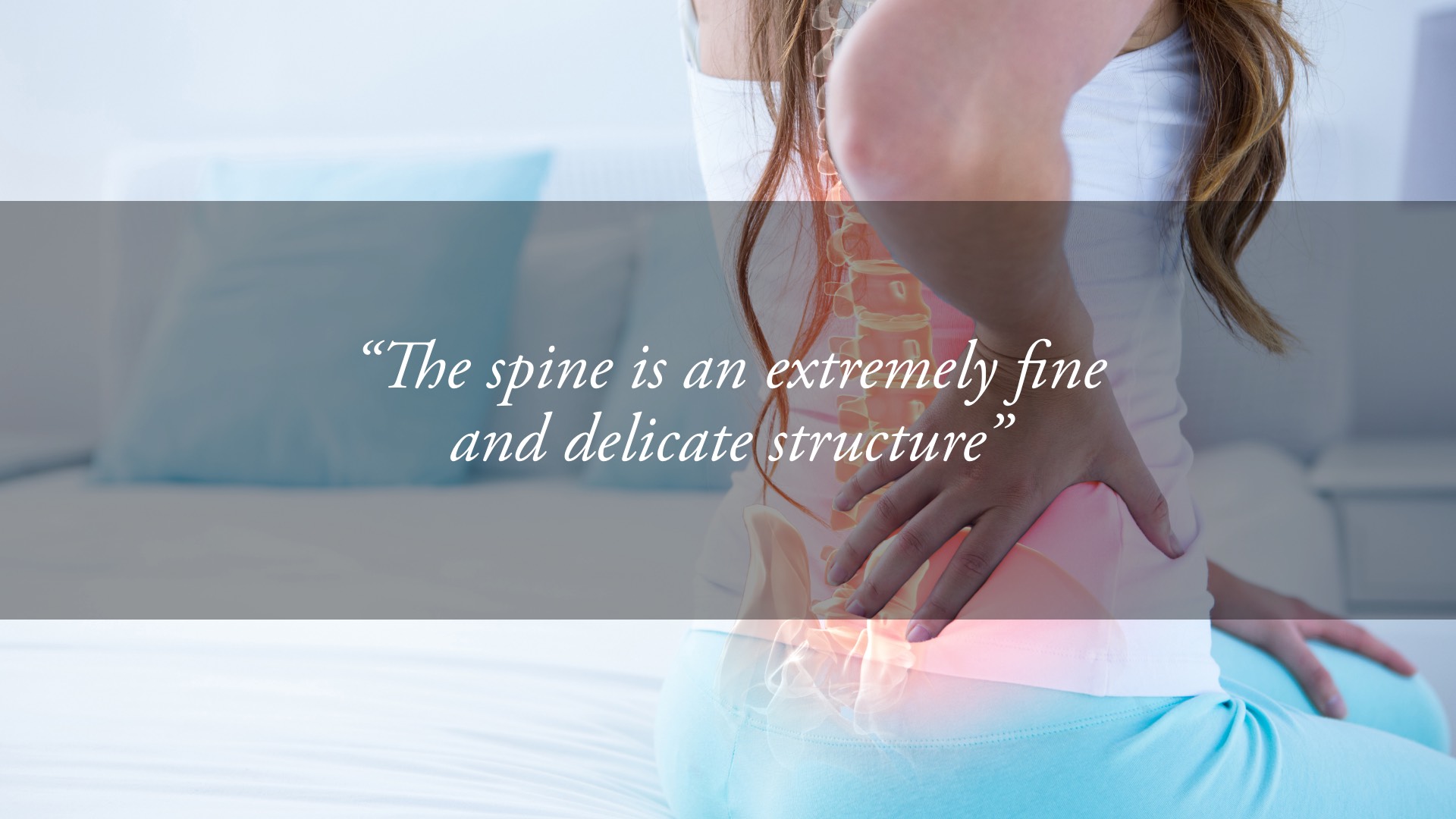 A sedentary lifestyle, incorrect sitting or standing postures or excessively strenuous work are among the main causes of back pain. In this case, the intervention, in addition to acting on the symptoms, should deal with the cause and consider a behavioural change – which is often the most difficult to obtain – in favour of an active lifestyle and correct postures and movements.

In other cases, although they’re in the minority, back pain problems have more serious causes, of a traumatic type (accidents), of a neurological/neuritic type (in which case there are almost always collateral symptoms such as a certain loss of sensitivity) or linked to tumours. If a specialist diagnostic study is necessary in these situations, in the vast majority of cases, in order to identify the causes of back pain, an in-depth visit to a specialist is sufficient who, with the adequate medical history and an on-site study, can define the clinical picture and prescribe adequate therapies.

The treatment for back pain certainly involves relieving pain in the acute phase, preferably with antalgic rather than anti-inflammatory drug therapies. Alongside medication, however, it is possible to prescribe a set of complementary therapies aimed at relieving pain and preventing exacerbation: acupuncture, manipulations, massages, osteopathy, ultrasounds, spa therapies. 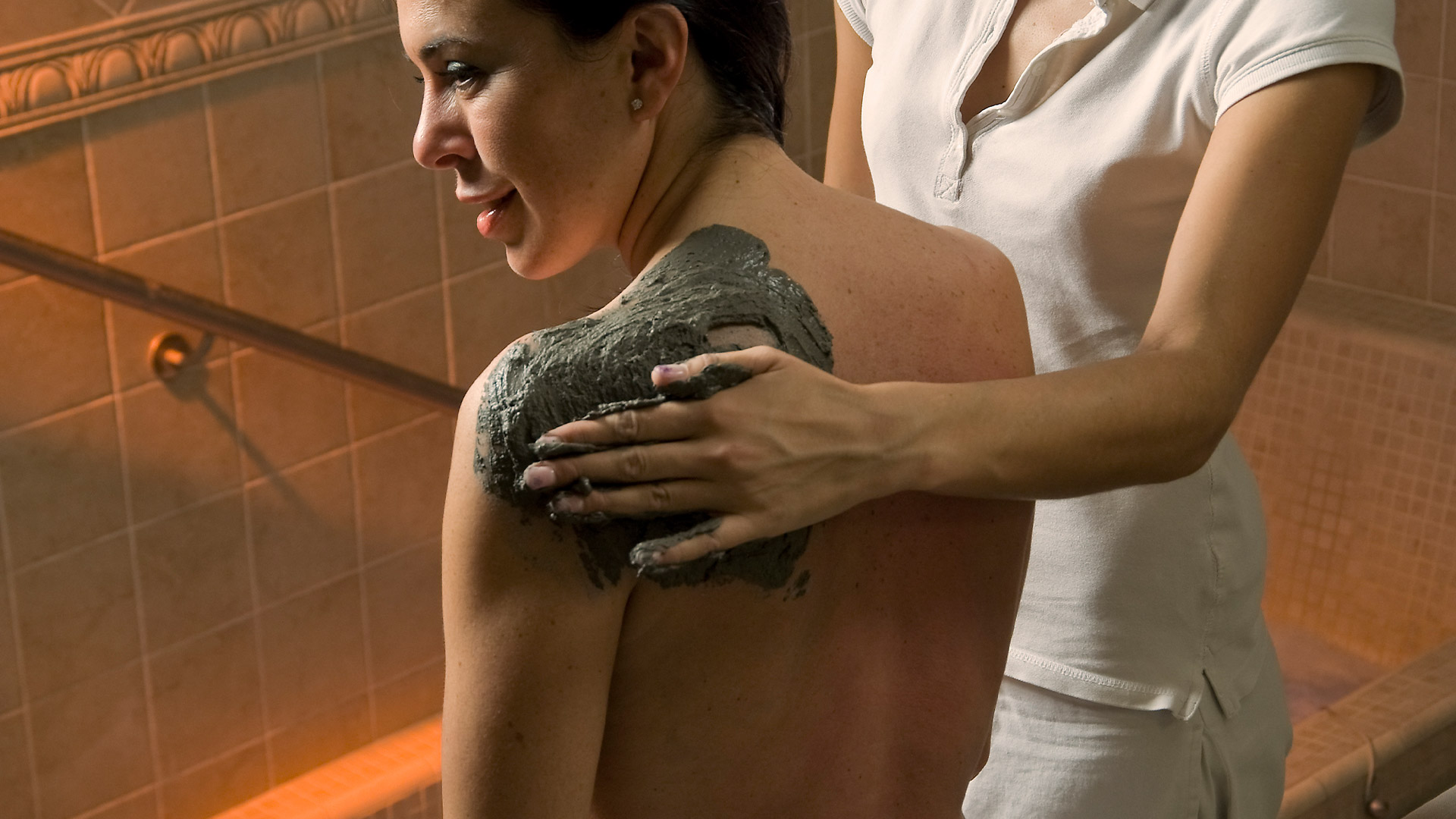 Thermal muds, in particular, are a real renowned and patented therapy which provides numerous benefits:

Other spa therapies which can relieve back pain include hydrokinesis therapy, which takes place in dedicated and reserved thermal pools.

At Hotel Tritone, any treatment will be prescribed only after a visit by the thermal doctor at the internal Medito Thermal Centre. The specialised doctor will be able to guide patients in choosing the most targeted treatments to solve the pathologies identified.