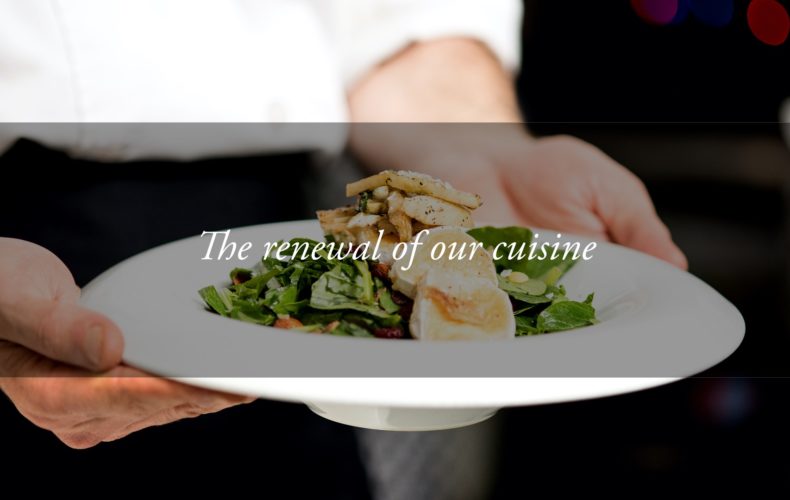 A new direction for spectacular dishes: the cuisine of the Hotel Tritone is renewed

Nothing is left to chance at Hotel Tritone, as the Food and Beverage Team is well aware. No decision is ever made by a single individual, but by several professionals who have the power to bring different knowledge and experience to the table.

By working side by side, a multiplying richness is created that brings inestimable strength. In what is a daily meeting around one of the tables in our dining room, the General Manager Walter Poli, himself; the Maitre Stefano Ferrari; and the new Chef of the Hotel Tritone: Massimo Fiocco.

To compose the taste tones of each gourmet experience at the hotel, the team meticulously selects each ingredient. The choice wisely falls on typical products of specific territories, the fundamental elements for an impeccable and refined taste experience.

Delicious excellence: an itinerary through the Italy of taste

The warmth and traditions of Southern Italy give rise to products with a unique flavour, renowned throughout the Bel Paese and beyond.

For the pasta dishes at Hotel Tritone, the team buys pasta from Antica Maccheroneria di Avellino, a historic pasta factory where only 100% Italian durum wheat is used, processed by traditional machinery, and the ancient recipes of the pasta factory are followed.  Similarly, it selects tomatoes and their derivatives from the best farms in Campania.

In a radical change of scenery, we move on to South Tyrol, where the team chooses yoghurts from the Meran dairy cooperative, made only with milk from the region’s green meadows.

The group of taste explorers not only looks beyond regional borders but also examines local produce to find taste treasures to match the hotel’s cuisine.  This is the case with the Colli Euganei oil from the Cornoleda oil mill, winner of countless awards.

In the heart of the Little Dolomites of Vicenza lies the ancient Fonte Margherita spring, discovered by a group of pharmacists who identified its therapeutic qualities in 1845.

The attention to detail does not stop with the raw materials but also involves the products chosen for breakfast or a break at any time of the day, such as organic juices and drinks without colourings or artificial sweeteners. A choice that focuses on the guest’s health, strongly desired by all three members of the group: the General Manager, the Maitre, and the Chef. 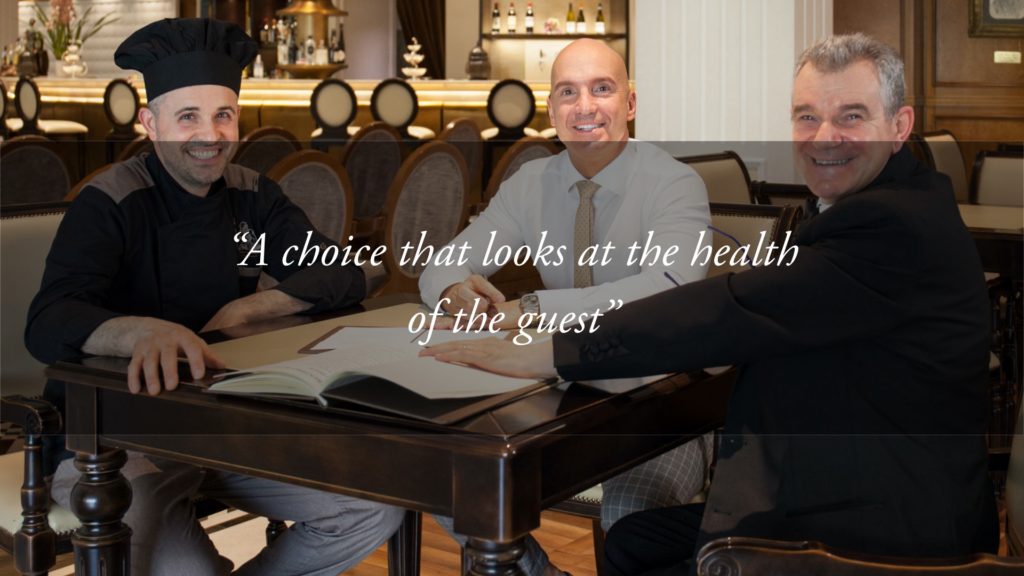 Our new Chef de cuisine is Massimo Fiocco, with a career in the hotel industry that has seen him at the helm of the brigades of several mountains and Euganean spa hotels.

Born in 1975, Massimo has always had a clear idea of his place in the world as a guide in the most renowned kitchens, so much so that he immediately embarked on the most suitable course of action with a diploma as a cook and hotel services technician at the Istituto Alberghiero Pietro D’Abano in Montagnana (PD).

His thirst for knowledge, for improvement, and for raising the level of his dishes has led him to take several specialization courses, such as the one in creative cooking.

Sharing this determination with the rest of the team, Chef Massimo is a perfect match for the philosophy behind the Tritone Luxury Experience.

To raise the culinary offerings of the Hotel Tritone even higher, his determination is needed, which, together with that of the other staff members and General Manager Walter Poli, serves as the basis for an exceptional new menu. By integrating and combining gourmet and traditional local dishes, a mix of old and new has been created that leaves plenty of room for guest choice, giving each guest the luxury experience they desire.

To discover the novelties of the renewed gourmet cuisine, you can book your next stay at the Hotel Tritone by writing here or calling (+39) 049 8668099